From the Mass to the Baile Sopresa: Quinceanera Traditions Explained

“We know all the traditions of a classic quince– a mass with your whole family, the doll, the exchanging of the shoes, the father daughter dance. But Why?” 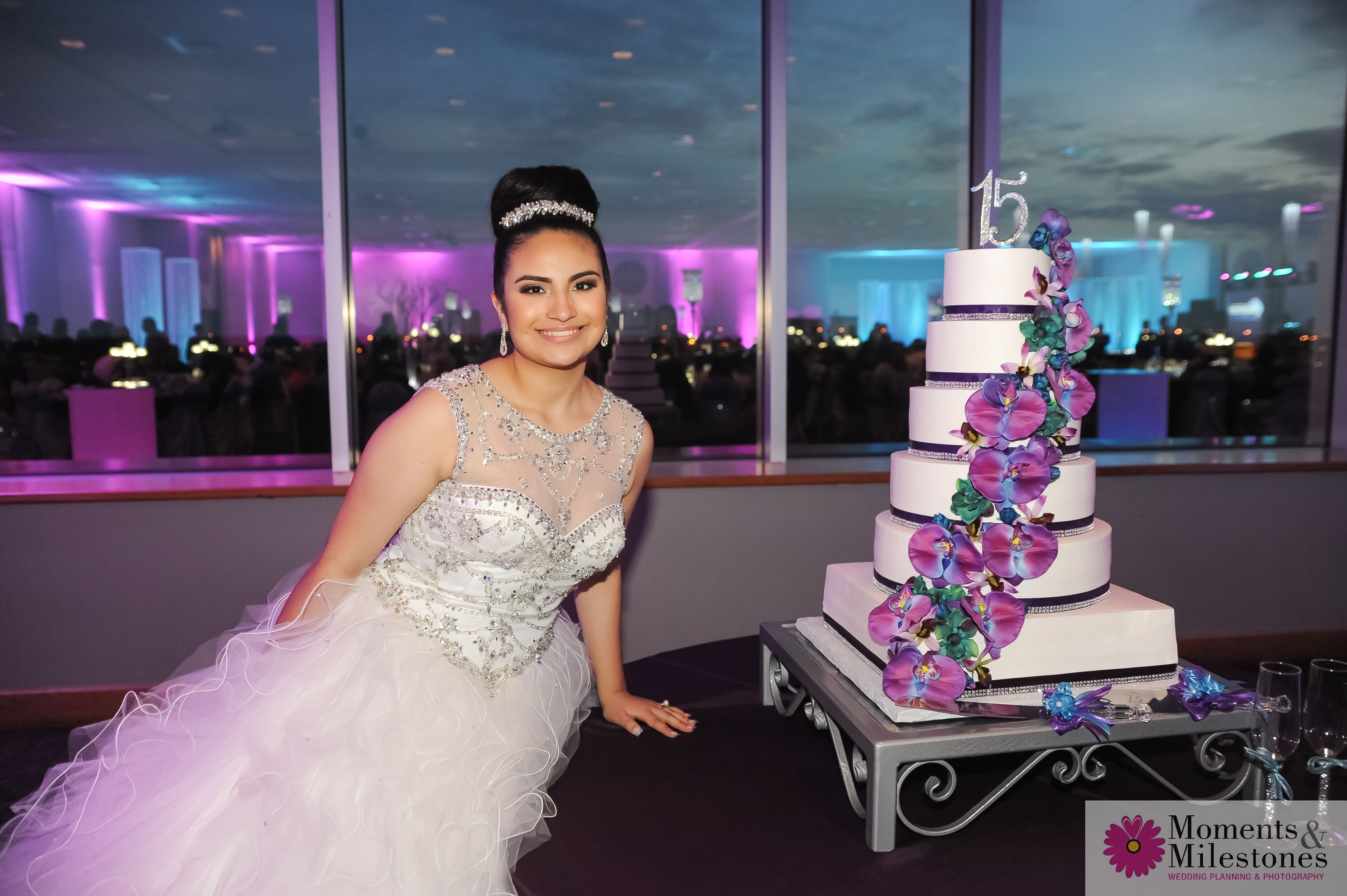 Symbolizing a time of change, a Quinceañera is a celebration of a girl turning into a woman. This Latino tradition has been passed down from generation to generation, pleasing tías and abuelitas alike. A girl can only become a woman once, so it is important to appreciate and truly understand the experience from start to finish, even with all the silly traditions.

Indigenous tribes used to prepare young ladies to lead the tribes. The young girls were separated from the boys for a period of time to teach them to be ideal wives and caretakers. At the end of the training period, the young girl would take part in an initiation ceremony where she would present all the things she has learned to her community, supported by her family members. When Spain began colonizing Latin America, the Spanish adopted this tradition. The first quinceañeras were meant to shape young women and present them as potential wives. They would learn how to cook and clean, how to be a good wife, and most importantly how to be a good mother. Heavy Catholic influence of the Spanish introduced a dedication mass as the forefront of the quinceañera traditions. Today, Quinceañeras have developed into a coming-of-age celebration with various traditions.

The main reason a girl has a Quinceañera is to be presented as a woman before God and before the community. Often in Latino tradition, a Catholic mass is where this tradition takes place. The mass signifies a promise to be a woman of faith and a follower of Christ. The Quinceañera receives blessed gifts such as a bible, a rosary, a tiara, or a ring. The bible and rosary symbolize a strong foundation of faith. The tiara represents how God sees the young girl as a princess and a daughter to be honored and respected. The ring symbolized God’s unconditional love to the young woman. Lastly, a fresh bouquet of flowers is to be presented to the Virgin Mary, while the girl keeps an artificial one to herself. The quinceañera picks her padrinos, which are usually a married couple that will serve as mentors to guide her spiritually. And while in a general mass the Gospel is spoken to the congregation, in the mass dedicated to the Quinceañera, the Gospel is spoken to her directly and is usually about being a woman of God.

The mass is often proceeded with pictures, pictures, and more pictures. But then… its time to party!

The Exchanging of the Slipper

Before the party gets started, the DJ announces the Quinceañera, her parents, and the court of honor. After or during dinner, the Quinceañera takes a seat in the middle of the dance floor, and her padrinos present her with a pair of high heels. Her father then changes her flat shoe (often a sneaker now-a-days) to a high heel signifying the new-found womanhood.

The presentation of the doll is supposed to be the last doll the Quinceañera receives as a young girl. The doll usually has an identical ballgown as the Quinceañera, and is meant to be a keepsake from her special night.

The waltz is yet another symbol of the Quinceañera’s presentation as a woman to society. The waltz shows the grace and modesty a young woman should possess. Back in the day, young girls were not allowed to dance with partners at public events, so the waltz at her quince was the first time she was able to show off her moves in front of all her friends and family. Typically, the first dance is between the girl and her father, and the song usually reflects the theme of growing up but still being daddy’s little girl. After the father-daughter dance, the court of honor usually dances a waltz as well. Here, the Quinceañera, her chambelán de honor and her court choreograph a dance. In recent culture, it has become tradition to plan a baile sopresa for the guests, which is usually a mash-up of the latest party hits. The surprise dance doesn’t symbolize anything, really, but it sure is a lot of fun to practice for! If you ask any girl who’s had a Quince, the hours of dance practices make some of the best memories.

Learn more about the other Quinceañera traditions here.

Learn more about the origins of the Quinceañera here.