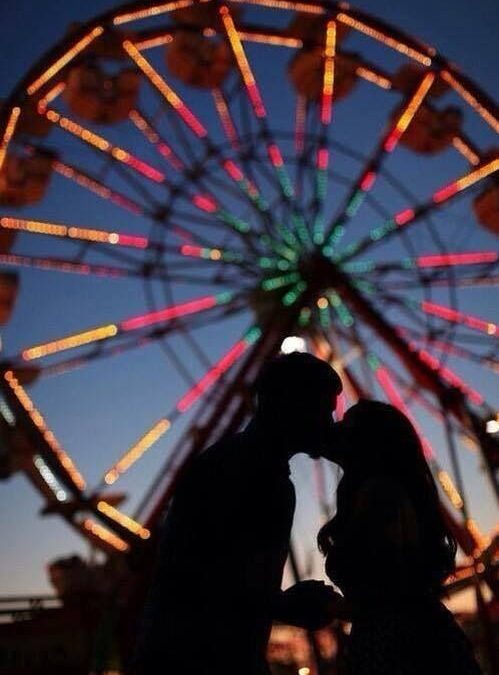 People always say that you will meet the love of your life when you least expect it. You could meet them at the movies, walking to class, or even at the grocery store. Mary Perez met the love of her life at a small carnival in her little town in Mexico. The small town Mary lived in was so small that everyone knew each other and their business. Mary always kept herself very reserved and presented herself with class.That Saturday morning of June 1st,1985 she woke up already prepared to go to the carnival because she had been planning on going with her cousins for weeks. She put on her Gloria Vanderbilt jeans with a white striped pink and blue shirt long enough to cover her butt and paired it with her white jelly shoes. She curled her hair and tied a white scarf around her head and then tied into a bow on the top of her head. She put on her favorite red AVON lipstick in Berry Nice and sprayed on her Gardenia perfume. Once everyone was finally finished they all walked together to the carnival. Passing the bright colored houses on the way, Mary could here the music as they got closer and closer to the carnival. She could see the rides become bigger as they got closer until they finally made it to the carnival. Mary and her cousins rode on the ferris wheel, they raced go carts on the racing tracks, ate pretzels and rode more rides. The carnival was getting close to closing so Mary and her cousins wanted to ride a few more rides until they had to walk back home. They finally rode on the spinning tea cups, which was Mary’s favorite. As they spinned faster and faster around the track, Mary looked up around her and could only see blurry faces and little snippets of carnival lights. Once the ride was finished Mary started to feel dizzy and nauseous. She sat down on a wooden bench near the ride, closed her eyes and put her head in her hands to take a break and breathe for a while. Her sister saw Mary sitting down and went up to her to see how she was feeling.”Are you okay, we want to ride one more ride before we go back,” her sister said to her eagerly. ” I’m to dizzy right now, just go and come get me when you’re done,” Mary said back to her sister. Mary’s sister ran to catch up with the cousins leaving Mary on the bench with her head still in her hands with her eyes closed. The next thing Mary heard was a voice of a young man asking her if she was okay. With out looking up, Mary replied to him, “I’m fine.” When the boy sat next to her on the bench she finally looked up to see who he was. Of course since she lived in a small town she new exactly who was sitting next to her. The boy smiled at her and said, “Are you sure you’re okay, my name is Hugo.” She smiled politely and said, “I know who you are.” Hugo was known around town of being part of a wrong crowd. Everyone in the town knew of him as not a good guy or from always getting in trouble. He liked to smoke and drink and basically just hung around with a bad crowd. Mary had heard about Hugo only from what she would over hear her cousins saying about him and them telling her to stay away from him. So when she saw that it was Hugo sitting next to her on the bench she didn’t want to be rude but also new he was bad news. Before she could get up to leave, he offered her one of the sodas in his hand, “Do you want a pineapple soda?” Even though she knew she shouldn’t talk to him she still took the pineapple soda. They sat and talked; after a while she surprisingly felt very comfortable talking to him about herself and her family and he felt the same way. The carnival was about to close for the night and he asked her if he can walk her home. She said, “I should wait for my cousins,” but he insisted on walking her home. The walk back to her house he told her jokes to make her smile and laugh. In her head she was surprised to see a different side of Hugo which made him seen more and more enjoyable to be around. When they were walking home she didn’t see him as the bad guy in town or the guy who likes to smoke cigarettes and drink but instead saw herself liking and possibly one day loving him. Do this day when Mary tells the story on how her and Hugo met her eyes light up and her smile takes her back to the day she met her husband.